My retirement age had arrived... and people expected me to retire! But there is a move to reduce the influence of Ripert Murdoch on the press - in the US, the UK and here in Australia... and Rupert is 90!! maybe more....

So in 2019 I had excuses for slowing down... well there was The Donald creating problems in the Middle East [ he is now gone but nothing is changing that I was happy to use him as an excuse.] 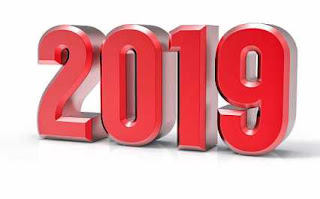 There was issues with new house building that put the moccha on our commission deal for a buildiong group - it had been sold for $100 million and we were on a commision at completion [ we is myself and Matthew ]. Well there is now a boom in house building but  the big building group sold for $80 million and the comisison went else where..

My biggest mistake was, working from home when I chose to do that - it there for appears I am always working - that caused conflict where previously whilst doing the same thing before I was excused because I was AT work... subtle but powerful difference.
As 2019 becomes a distant memory, my excuses disappear BUT I have a year of regret to extinguish where it should have been a year of achievement.
How was your 2019?
Posted by Wayne Mansfield at 8:53 am