I didn't know that!

My seond job from which I was fired! was as a trainee computer programmer for WAPET [ Western Australian Petroleum ] and I just found out that the internet was launched in 1969... so it appears I was a computer pioneer. Who knew! 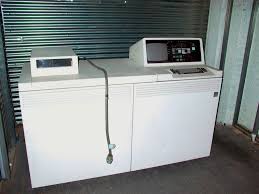 Any way I spent two weeks putting the manual together and then the lead programmer said he wanted dividers and the job needed doing again. in my youthful assuredness I told him to stick it and he fired me. as conscription was coming I thought it was a godsend and I went to work on the pibara mines [ PortHeadland and Panawonica with Transfield as a paymaster] my savings were enough to but a block of land or the best high speed car [ Land which now would be $350,000 or a car which would be $150,000 and I just turned 20! - I bought the land for $5700 in Hilliaries]

Posted by Wayne Mansfield at 8:24 am