Time to try something else 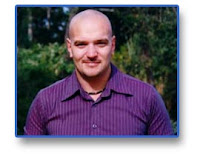 Justin Herald's great motivation newsletter often contains thought provoking ideas... in the latest issue he asks : "Is it Time to try something else "

Recently I was talking to a very good friend of mine. For the past year or so he has been struggling with his personal finances. This, in part, was due to his business not going as well as he had hoped.

Whilst he had been working hard in the business and he was very knowledgeable in his field, the pay off just hadn't happened and he was going backwards at a fast rate of speed.

We discussed many ways that he could keep everything going but in the end it was all too late for him.

I haven’t spoken to this person for a few months due to being away and yesterday I ran into him again. He looked shocking.

The strain and stress was quite evident by just looking at him. I asked how things were going to which he told me that he was still struggling along.
Had things changed for the better? Not at all!

In fact it was now getting serious. There were people coming from all angles trying to get money from him that he owed them.

His biggest problem was that he was going about his business the exact same way that had leaded him to this point.

Essentially he was doing the same things but expecting a different and better result than he had had for all of these years.

read more of the story here:
Posted by Wayne Mansfield at 5:05 pm