Robert Ringer on Success and Speed 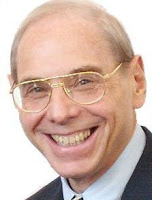 Robert Ringer writes in a recent contribution to Early To Rise:

Following are some of the more important reasons why I believe action begets results.

1. When you do too much planning, there’s a tendency to think of one reason after another why what you’re contemplating won’t work.
Many of the reasons you come up with may be correct. But the important thing is that it doesn’t matter. Why? Because, as you move forward, circumstances continually change - and those changes often render irrelevant many of the concerns you may have before taking action.

In other words, don’t try to figure out steps two, three, and four before taking step one. The legendary Joe Karbo once told me that he ran his first ad for The Lazy Man’s Way to Riches (a million-copy seller) before he even began to write the book! In fact, he told me that the ad he wrote served as an outline for the book itself. Talk about going against conventional wisdom…

2. When you procrastinate, you tend to lose your enthusiasm.

That, in turn, causes homeostasis to set in. Homeostasis is the tendency to live with existing conditions and avoid change. You get comfortable with the way things are and allow your great idea to fade into the comfort zone of oblivion.

But when you take action, your creative "juices" flow faster, your resourcefulness kicks into high gear, and the things, people, and circumstances you need to accomplish your objectives are drawn to you almost like magic. This is not hocus-pocus. I’ve done it enough times to be able to assure you that it really works.

3. Even though changing circumstances often negate many initial concerns you may have had, they can also place new obstacles in your path.
As a result, if you wait too long before taking action, the opportunity may become less and less appealing as those obstacles start to make their appearance.

I wrote about this danger in my book To Be or Not to Be Intimidated? under the auspices of the Fiddle Theory, which states: "The longer you fiddle around with a deal, the greater the odds that it will never close."

Time is your ally when you take action. But time is a two-sided coin. If you hesitate or procrastinate, time becomes your worst enemy. As a general rule, I assume that if I take action, perceived problems will tend to disappear - and that the more I hesitate, the more time I give new obstacles to come on the scene.
Posted by Wayne Mansfield at 4:25 pm