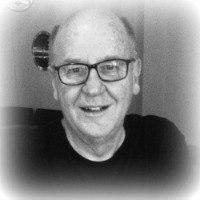 Just consider that Facebook is credited with starting revolutions, bringing down governments and, more importantly for you and I, making many businesses hyper successful. Check out how every major business in the world has a Facebook page and every major media organisation makes their content available on Facebook.

For the first time in history more people visit a social media place - Facebook - than look at search engines or web pages or gambling of [mmm]... Facebook is the preference for many people when they visit the internet - and WOT just young people.

The fastest section of new members are in the over 55 demographic.

Being part of the Social Media Revolution means using Facebook, LinkedIn, Twitter, Youtube and Instagram to build your business. I can show you how to master social media marketing. My social media network has a distributed view potential of upwards of 40 million people who could see my messages each day. Why shouldn't your message be spread more widely too!

My insights on Social Media Marketing will show you, regardless of where in the world you are that you can be up and running within hours - and best of all, you don't need a lot of money to make it work.

Who says Wayne Mansfield is the best in the world - let the figures tell the story!!

All these numbers add up to a distribution network greater than any newspaper or television group in Australia!

KLOUT rate Wayne in the Top 25 Social Media Marketers in the world with a KLOUT of 82 and the premier authority site KRED advised that he was in the TOP 1% of INFLUENCERS in Social Media across the Globe.


BOOK WAYNE FOR YOUR NEXT SEMINAR, WORKSHOP
or COMPANY RETREAT!


Wayne's skill as a speaker and seminar presenter sees him give over 100 presentations a year, speaking to audiences from 10 through to 1,000 in Australia, New Zealand, the Middle East, India and the U.K.

In the last 3 years over 15,000 people have attended sales seminars presented by this maven of social media

Publications by Wayne Mansfield include:

CONTACT DETAILS:
Wayne lives in Perth Western Australia but travels the world. Where ever your next meeting or conference is, Wayne is a MUST have speaker at your event.